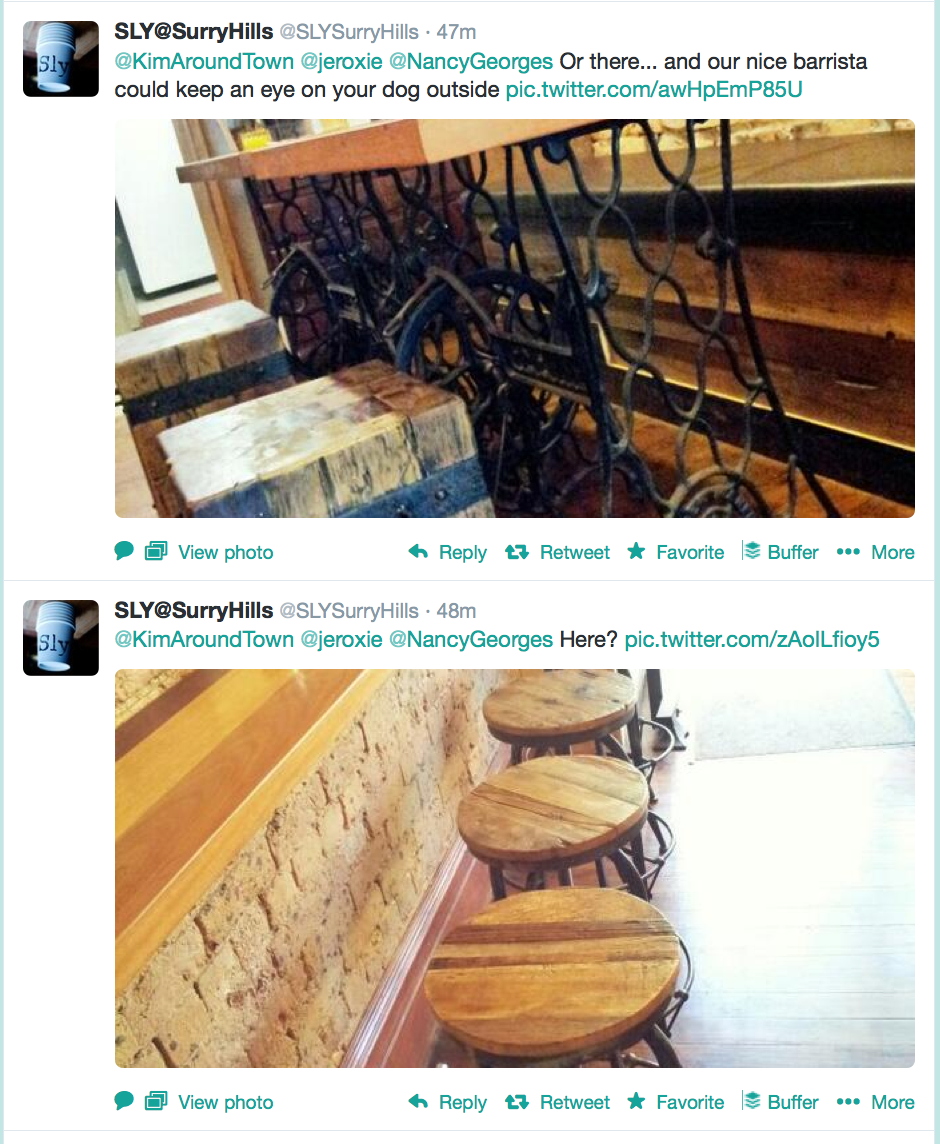 THIS Is How You Connect With Customers Online!

A friend was having a conversation with her friend on Twitter about a new place in Surry Hills.

She then tagged me in suggesting we have lunch there and mentioned he hasn’t tried it yet as it is not ‘dog-friendly’.

Sly got straight onto it and posted 2 pics and options to bring the dog!!

I will let you know who we go at lunch, am expecting a great time!

“In the former home of notorious figure Kate Leigh, SLY@SurryHills is a nod to the exploits of the crime entrepreneur, who with Tilly Divine ran the Sydney underworld in the early 1900s. Kate, known as the ‘Queen of the Underworld” ran her sly-grog shop at 212 Devonshire Street, with those seeking illicit goods known to ask if “Mum” was in to get past the famously hazardous gates.

Owner Dean Wilkinson (ex-Balmoral Bathers, Glass Brasserie, The Burlington and FireFly) has what can only be described as an obsessive love of coffee, which he claims to be one of the last legal drugs. Sourcing his beans sustainable coffee roaster Roastworks Coffee Co. including his “Snow Queen Blend” Dean aims to produce consistent, quality espresso.

The menu at SLY has been kept simple with the focus on quality produce, nostalgia and flavour. ” 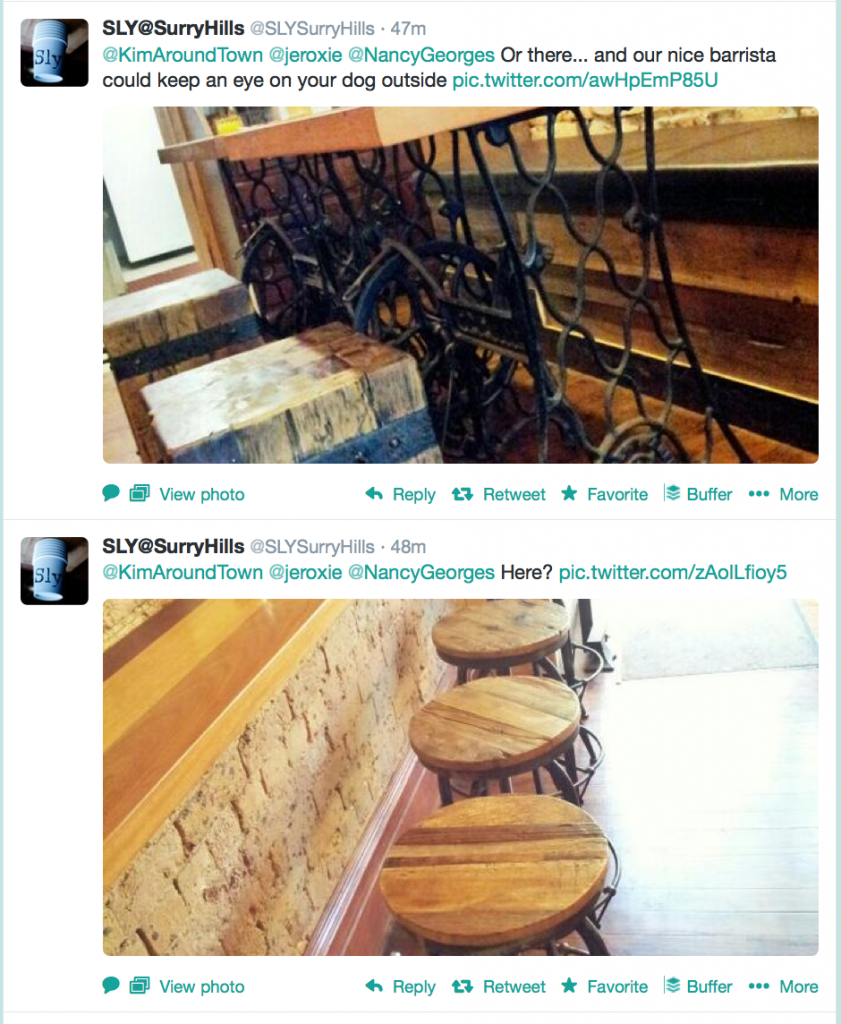 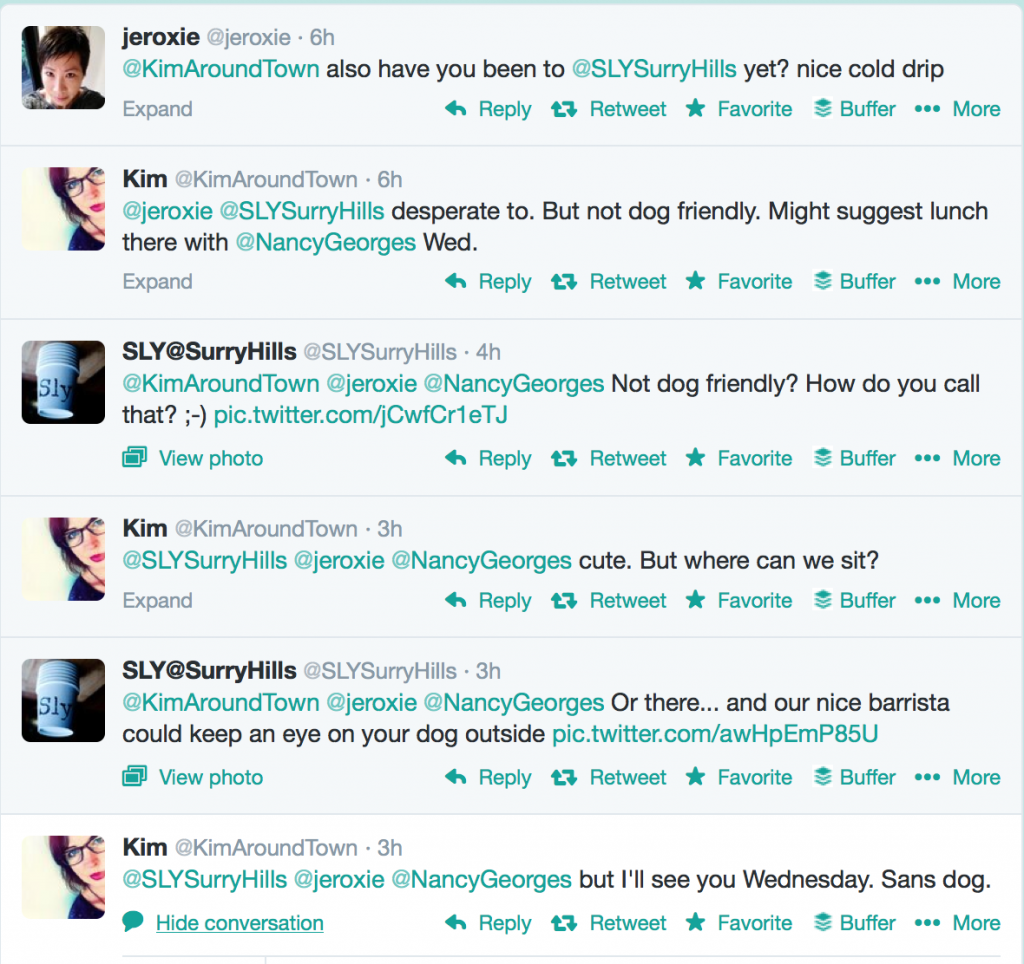